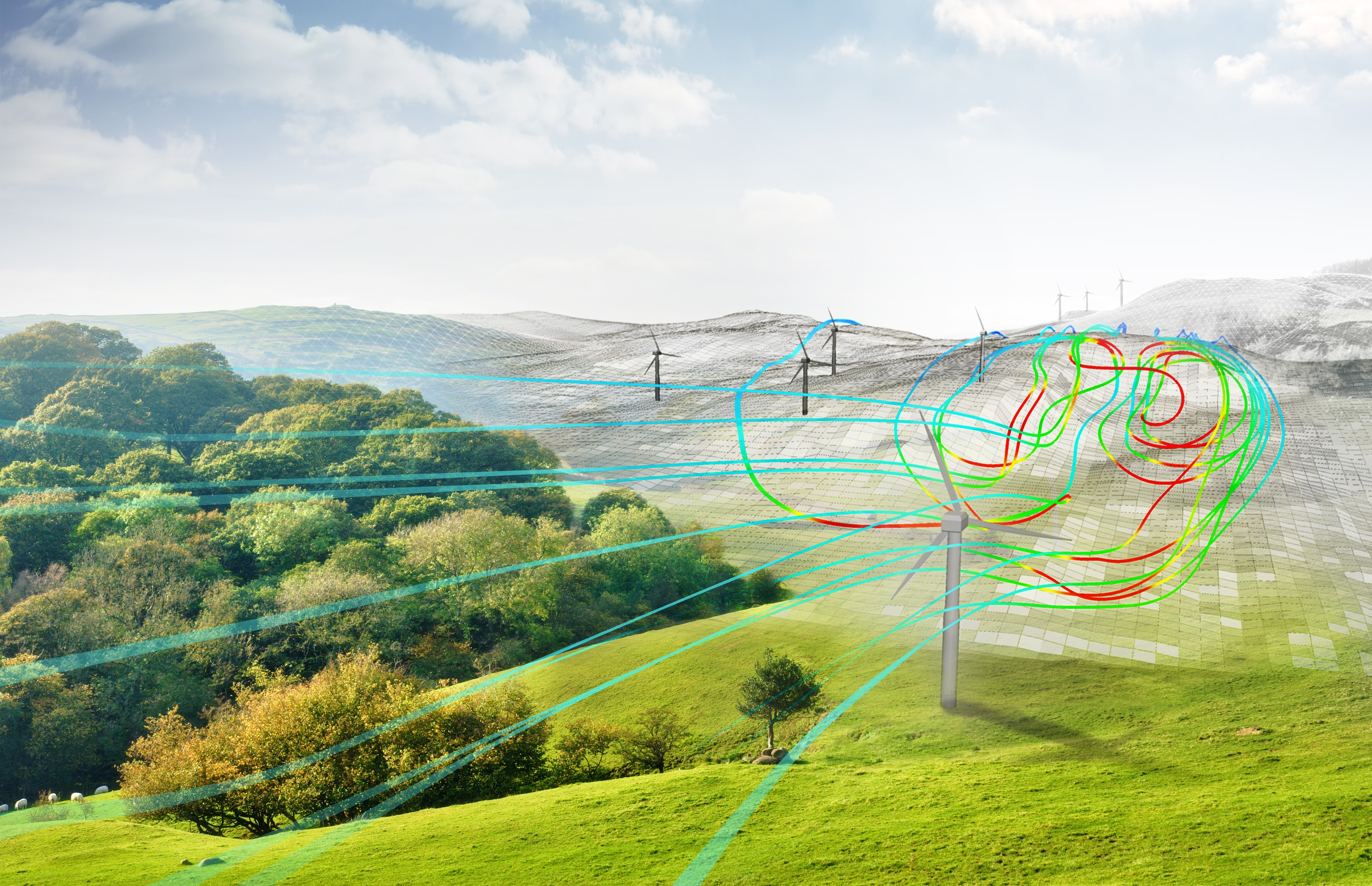 4 ways to reduce the uncertainty of energy yield prediction

With the growing scale of wind farms, both onshore and offshore, there has been increased focus on wake, or turbine interaction, effects in recent years. Due to the size and multi-array nature of offshore wind farms, turbine interaction effects are typically one of the dominant impacts on the energy yield of these projects.

The blockage effect, a particular aspect of turbine interaction effects, has been a prominent topic in the wind industry since October 2019, when Ørsted reduced the long-term energy yield predictions for their portfolio of wind farms which had a significant financial impact. The blockage effect phenomenon is observed upwind of wind farms where the operational wind turbine generators (WTGs) act as an obstacle to the wind flow and cause a deceleration of the wind speeds entering the wind farm, reducing the available kinetic energy.

Taking the blockage effect into account as part of an energy yield prediction is becoming increasingly common but there is more at play to ensure the validity of your predictions.

Here we discuss four steps that you can take to reduce uncertainty:

Blockage effect is a key piece of the turbine interaction effect prediction puzzle, but the interaction of other elements such as the superposition of wakes, the impact of very large WTG rotors, and low rotor swings must all be considered to produce a valid prediction. Where these elements have traditionally been approached independently, the blockage effect, as well as downstream wake effects, defined overall as ‘turbine wake interaction effects’ must all be considered together in order to produce minimal uncertainty predictions.

In January 2017, K2 Management published an industry-leading end-to-end validation of offshore energy yield predictions. This study currently represents the largest published validation of offshore wind farms in terms of number of projects and total rated capacity undertaken by a consultancy. The document takes advantage of these publicly available sources, such as monthly operational data for projects via OFGEM, in conjunction with best practice operational assessment approaches to determine the long-term energy yield based on actual wind farm production data.

Ultimately, ensuring post wake modelling adjustments, which account for blockage and other factors, are rooted in data combined with a solid understanding of existing research are critical in obtaining low uncertainty predictions of long-term energy yield.

Reviewing and refining methods based on project experience is essential to an effective energy yield assessment. It is important to engage the right specialists that can rely on their own robust project experience, as well as industry knowledge, to test the effectiveness of their energy yield assessments. Post wake modelling adjustments should be based on solid observations from real wind farms to improve accuracy and confidence in yield predictions.

Utilising evolving, ensemble wake modelling and post-modelling adjustments are pivotal in increasing confidence in energy yield predictions. To leverage this, developers should seek specialists that use models founded in research, tested on successful projects, and comprehensively involve turbine wake interaction effects. Their approach must also consider turbine interaction effects on a site-specific basis, and therefore in certain situations must be flexible in considering a modified wake modelling approach, depending on the observed wind flow conditions at a project.

The K2 Management approach to turbine interaction effects has remained largely unchanged since 2017 and is strongly supported by an end-to-end validation study. Download our K2 Management Turbine Interaction Effects Calculation Method to delve into the robustly validated modelling process our team has developed in-house to reduce the uncertainty of energy yield prediction of wind farms. 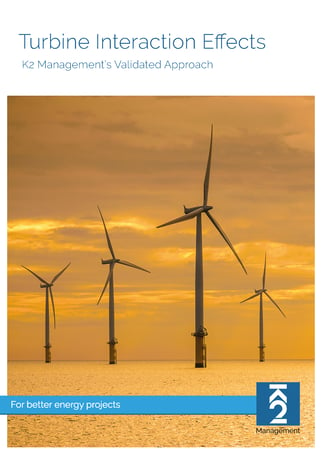