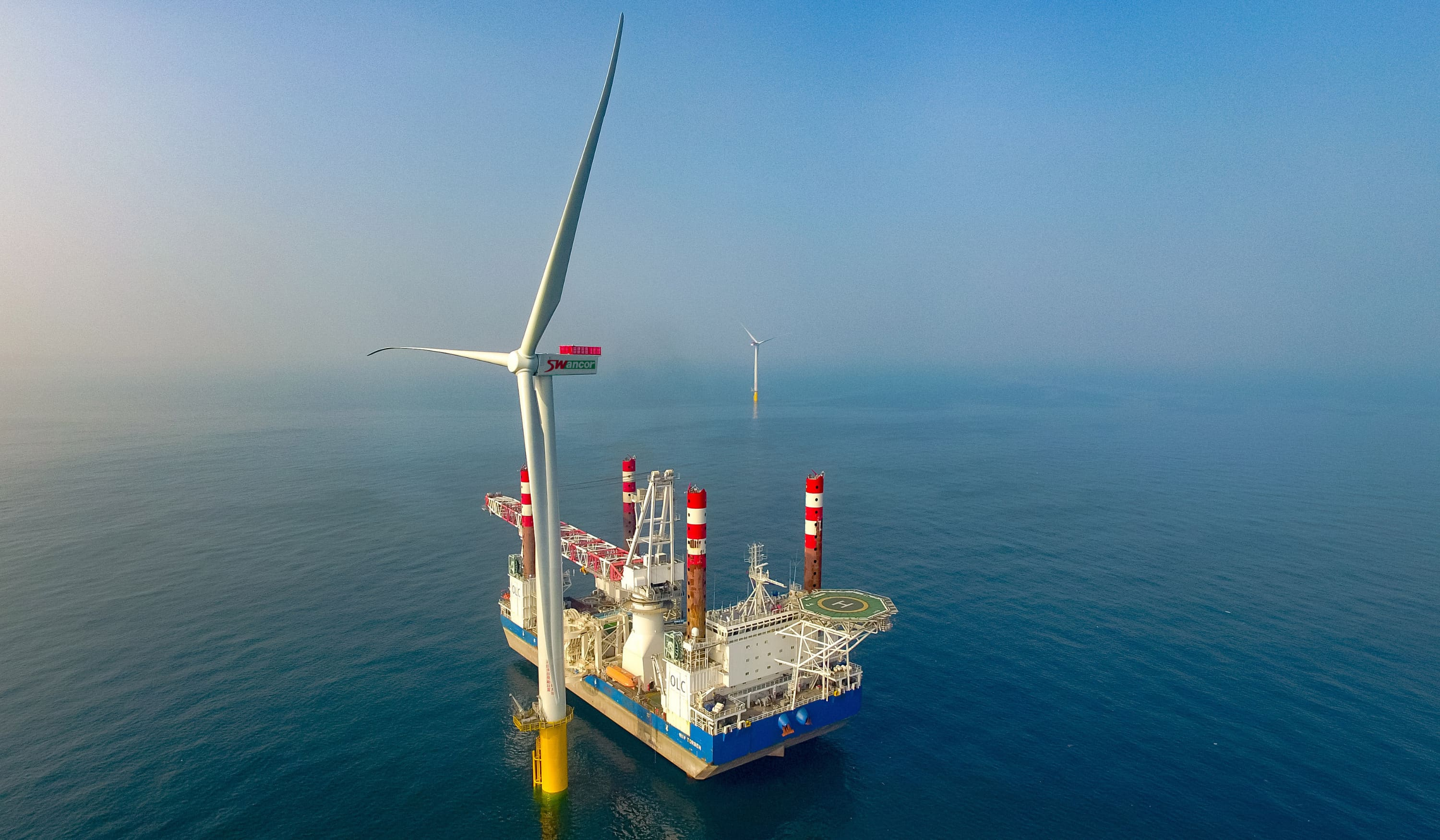 Asia Pacific’s renewable energy potential is huge. The region is home to some of the fastest growing economies in the world and a rapidly expanding population.

Unsurprisingly, the United Nations recently cited that the demand for energy is growing faster in this corner of the world than anywhere else.

With an abundance of natural resource, green energy is the answer to not only decarbonise APAC’s industrial sectors, but to turbo charge its economic growth, deliver energy security, and provide affordable, clean electricity to its increasing population.

Wood Mackenzie estimates that 140GW of new wind and solar capacity could be added in the region every year between 2021 and 2030, doubling the levels of investment seen in these technologies over the previous decade. For investors, the potential for returns is enormous and they are queuing up to pour capital into projects.

To truly seize the opportunities that renewable energy presents for APAC, energy stakeholders have numerous challenges to overcome: from policy uncertainty to a lack of in-country infrastructure and experience – some of which are explored here.

Energy is at the mercy of political forces and renewable energy deployment depends on completing complex infrastructure projects. This means the journey to profitability - and with it, clean energy provision for society - isn’t easy.

But to succeed, two things are critical: building in-country relationships and calling upon experience in renewable energy development. Both provide a means for investors to tackle the sorts of challenges that risk impeding APAC’s rapid renewables growth.

Navigating energy strategy (and the politics)

What are the current challenges and how are they manifesting themselves? One of the biggest considerations for investors and developers currently is government policy. A country setting out its desired approach to developing renewable energy is evidently a critical step, providing a framework and a platform unlocking renewable energy’s potential. There is much for governments to consider, from forecasting the energy demand, grid constraints to supply chain readiness, to energy security and supply. This governs any given country’s proposed energy mix or, how much green capacity it wants to deliver, and when. The governments should also clearly define the permitting process together with economic incentives like Feed-In Tariff (FIT) or auction system. Vietnam, for instance, is currently weighing up such considerations.

This will be confirmed through the latest version of its eagerly anticipated National Power Development Plan, which will set out how much renewable energy capacity it will permit.

Until such time, prospective developers are expressing a keen will to develop facilities along Vietnam’s huge, windy coastline – but making firm commitments is currently tricky, given the uncertainty.

Other APAC countries are more advanced in their planning. But the next question is who builds what and where? This is where investors and developers first enter the process. A key form of governance in this respect is auctions, and each country tends to take its own approach – but this in itself poses challenges, that are best overcome with first-hand market experience and previous experience in developing renewable energy assets.

Tackling auctions – and managing the risks

Auction processes have been a hot topic in APAC recently, particularly since Japan announced the result of its offshore wind auction for seabed leases in December. This auction set out four areas the Government was willing to permit development of offshore wind. The process required interested bidders to conduct vast amounts of expensive work upfront, just to secure a lease – with no guaranteed success.

The results of the auction proved controversial: home-grown business Mitsubishi won all three projects after proposing to produce energy at an extremely competitive price, freezing out international bidders.

There will be more opportunities for international investors in Japan - this was just the first 1.7GW of a targeted 10GW of offshore capacity by 2030. But the wind industry has reported that the fight needs to be fairer for future auction rounds, or it could discourage investors from entering the market, thus reducing market competitiveness.

Further west, Pakistan is opting for a slightly different strategy. This rapidly evolving market is aiming for 30 per cent of its electricity generation to come from renewables by 2030. This year it will hold its first auctions. Its approach to developing renewable capacity is to hold more frequent, low-capacity wind and solar auctions as its supply chain and infrastructure develops.

It is clear, then, that variation exists between territories in approach, which investors must reconcile. It proves to serve that these mechanisms, which are in effect tenders for companies to deliver against government renewable targets, currently don’t offer too much certainty – but entail significant risk for developers and investors.

While, as noted, Pakistan’s adoption of renewables is accelerating on the one hand, a levy on solar panels, wind turbines and electric vehicles imposed by the Government recently – as it seeks to meet the terms of an International Monetary Fund bailout – risk increasing the cost of renewable energy for a country that desperately needs more electricity to sustain its economic growth. This poses the question of whether investors could be turned off from investing in Pakistan, thus hindering (or disincentivising) renewable energy roll out.

Conversely, South Korea, where – according to a 2021 briefing by the European Parliament - fossil fuels provided 82 per cent of the country’s energy needs last year, previously had one of the highest production costs in the world for wind, at approximately USD 220 per megawatt-hour.

It has sought to address this by recently announcing, as part of its ‘Green New Deal’, that it will conduct feasibility studies in up to 13 areas, to identify large-scale offshore wind locations. The aim is to help reduce upfront costs and de-risk projects for investors and developers.

Working with APAC countries to capitalise on the clean energy boom

The roll out of renewable energy in APAC remains relatively nascent, but in the coming years the benefits of the clean energy evolution will start to become apparent, and begin turbo-charging economies.

It also offers a route to energy independence for APAC countries. Renewable energy belongs to counties and local communities – it is not beholden to the sort of supply restrictions that oil and gas is often subject to in geopolitical conflict. This offers the potential for enhanced economic stability in APACs developed and developing nations.

One of the biggest benefits though could come through job creation – which is why it is critical that investors and developers build strong partnerships with communities, helping them to capitalise on sustainable future prosperity.

The energy transition is expected to grow Taiwan’s economy. By 2035, the clean energy sector there is likely to attract US$90 billion of inward investment and create an estimated 57,000 jobs.

But for those investors, and for homegrown businesses that could benefit from both the supply chain boom and the potential to decarbonise the “Made in Taiwan” brand, there is much to learn. A lack of infrastructure and skills gaps in the workforce will bring significant challenges.

As countries and companies across APAC ramp up renewable energy capacity, partnering with international businesses which have experience in advising lenders, undertaking due diligence, striking power agreements and engineering a range of renewables technologies at scale will reduce cost and risk.

Solar, floating solar, offshore and onshore wind present APAC with a chance to decarbonise its heavy industry, produce much-needed electricity for its growing population and even create an export market for geographies less-blessed with resource – particularly as storage technologies advance.

Investors are recognising this. But it is only by working with experienced partners, that stakeholders across the region can maximise return on investment and navigate the myriad challenges that lie between here and the multi-gigawatt goals of a rapidly expanding clean sector in APAC.

It’s a timeless cliché, but to make the most of the opportunities and to overcome the challenges, it is essential to draw on expertise and build strong partnerships with those on the ground.

Content part of an opinion article written by Patrick Architta for APAC Outlook.