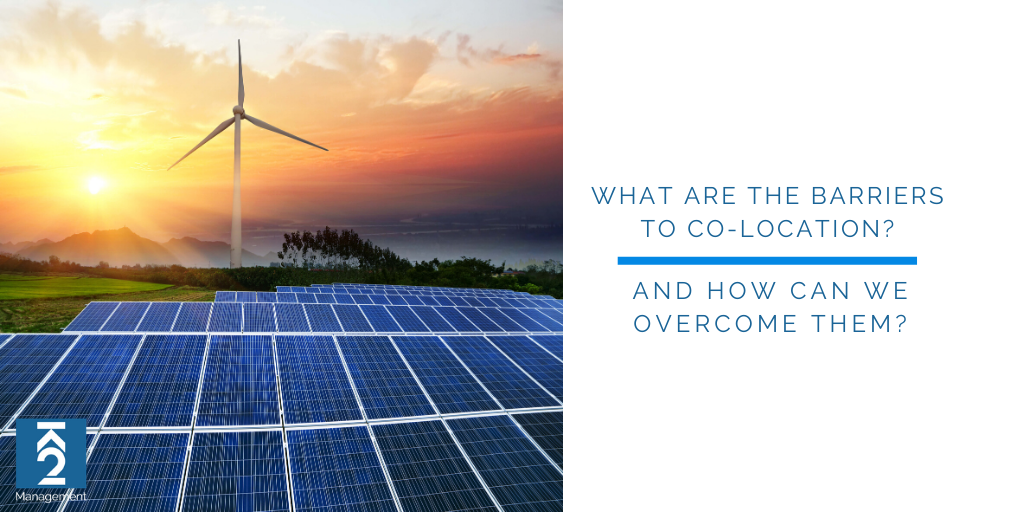 How to tap into the benefits of co-location

Despite the benefits that co-location of wind and solar generation on a single site brings – from managing the peaks and troughs of generation to optimizing ROI, hybridisation strategies are still only in place on a small proportion of global clean energy sites.

So what are the barriers to greater proliferation of co-located sites and how can these be overcome to take advantage of the opportunities?

As renewable energy market competitiveness has driven costs down, wind and solar technologies are now competing on a level playing field with traditional forms of generation.

As a result, many policy makers are beginning to remove the subsidies that had previously facilitated the growth of renewable generation, forcing developers to find ways of maximising operational efficiencies and reducing costs to compete in a future without government support.

Development and operational cost savings associated with co-located sites is the most obvious driver for project stakeholders. A recent study by the Australia Renewable Energy Association outlined how the combination of wind and solar sites could deliver cost savings of nearly 20% whilst simultaneously reducing LCOE and improving continuity of supply from intermittent power sources.

By amalgamating grid connections, development costs and equipment installation (for example, the sharing of substations and equipment such as inverters) were found to drive cost efficiencies of between 3% to 13% for capital expenditure and 3% to 16% for operating expenditure.

With investors seeking stronger returns, corporates aiming to procure a guaranteed supply of electricity and developers striving to build projects at lower costs, the economic attraction of hybrid development strategies is stronger than ever.

Developers can also unlock physical synergies that make co-location an attractive option thanks to site characteristics. Taking onshore wind as an example, in many countries they are located in remote locations which, by nature, possess favourable wind profiles and benefit from high levels of solar irradiance.

Given the “peak coincidental” nature of solar generation profiles and “intermittent nature” of wind profiles, both can be combined and/or paired with battery storage to provide a significantly improved continuity of supply, reducing intermittency whilst boosting capacity factor for a site.

For developers with PPAs in place, this can alleviate many of the issues typically associated with traditional wind or solar farms that create challenges for utilities and power purchasers.

So why isn’t the co-location market booming?

With so many tangible benefits it is easy to wonder why co-located facilities still make up a minority of new project developments, however there are several barriers preventing wider-scale proliferation. Most significantly, access to and capacity of local transmission networks. On one hand, the remoteness of these sites is beneficial for energy resource, but this can also present a significant challenge for the transmission and distribution of power.

In places like South Australia or West Texas, a large chunk of high-quality wind and solar resources are often far from both population centers, which have most demand, and the centralized transmission networks which both regions are still reliant upon.

Beyond the physical limitations, market conditions and policy landscapes in many jurisdictions are proving to be a challenge. The argument can be made that subsidies for wind or solar generation have stifled the development of hybrid sites through artificial reduction of high energy costs, lessening the economic rationale for innovative revenue & operational optimisation strategies.

However as policymakers increasingly shift away from the subsidisation of renewable technologies, the cost-saving benefits that hybridization provides could drive developers and operators to increase the deployment of such strategies as they strive to remain cost-competitive in a post-subsidy landscape.

Taking the next step

Despite these challenges, the potential of co-location is there are several proactive steps that can be implemented to increase the proliferation of sites:

With Scottish Power recently announcing its plans to add solar panels to wind farms on their sites in England and Scotland as well as beginning construction on a “super battery” at the Whitelee wind farm in Scotland, it’s sending a clear signal that developers are increasingly attracted to the benefits offered by co-location with the utility labelling it “the most efficient and reliable method of producing green electricity”.

The rapidly developing renewable energy landscape delivers ever-evolving challenges and obstacles but manoeuvring around these requires lateral thinking and outside the box problem-solving which can in-turn lead to significant opportunities.

Co-location of renewable resources provides a unique prospect for developers and investors to boost the productivity of existing infrastructure, reduce construction costs and shorten development timescales bringing benefits to all stakeholders and advancing the transition towards a future powered by clean energy.